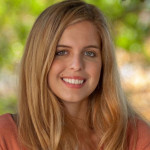 Around this time of year, you cannot escape candied hearts, red roses, and other reminders of love. Whether or not Cupid has aimed his gilded bow at your heart, it’s hard to deny that love is one of the more powerful emotions, as any parent or newly-in-love person can attest. And while many biological processes are involved in the experience of this emotion, one hormone has received particular attention for the role it plays in social bonding: oxytocin.

Oxytocin was originally discovered to be a hormone involved in stimulating contractions during childbirth. However, its breakout role as a neuropeptide implicated in social behavior occurred when it was found that oxytocin supports prairie voles’ ability to develop monogamous “pair bonds.” Prairie voles are interesting little rodents because unlike most mammals, males and females form monogamous “bonds” with one another that they keep, like the old adage says, “until death do them part.” One classic study showed that female prairie voles, when given oxytocin

and placed with a male vole, significantly preferred being around that particular partner over other male voles, suggesting that oxytocin is critical to partner preferences. In addition, there seems to be something special about oxytocin for producing these pair bonding behaviors—the way that oxytocin functions in the brains of monogamous prairie voles is quite different than how it functions in the brains of the montane vole, a closely related (but polygamous) species.

Interestingly, oxytocin is involved in human social behavior, too. Like in prairie voles, oxytocin release in humans seems to be correlated with activities linked to love: sex, parent-infant bonding, touch, etc. These findings led researchers and the public alike to brand oxytocin as “the love hormone,” and have even prompted tattoos and greeting cards exclaiming, “I oxytocin you” . Studies that actually administer oxytocin to assess how it shapes behavior have also found positive outcomes of the hormone. Typically, oxytocin is administered through a nasal spray, and subjects usually cannot tell whether they received oxytocin or a placebo (a spray that doesn’t have any oxytocin); its effects are largely non-conscious. Nevertheless, participants given oxytocin have been shown to be more accurate in recognizing emotional expressions, more trusting, more generous, and more socially perceptive (for a review, click here). In one study, oxytocin even increased the physical distance men in relationships placed between themselves and an attractive woman, suggesting it reinforces romantic pair bonds in humans as well as rodents.

Of course, nothing is ever as simple as it looks, and oxytocin may in fact have a rather unlovable side. For example, one study that administered oxytocin to Dutch men found that it increased in-group favoritism, using both Arabs and Germans as experimental out-groups. A similar study suggested that oxytocin increased conformity to one’s in-group, while still another showed that oxytocin augments the empathic neural responses to faces of one’s own race, but not for other races, increasing racial biases.

So how do we reconcile the cuddle chemical with the hatred hormone? First of all, let’s resist the temptation to give neurotransmitters such broad labels. For instance, dopamine is touted as the “feel-good” neurotransmitter, and while it is involved in reward pathways and addiction, it is also critical to movement control and arousal. Catchy labels like these may help communicate scientific findings to the public more easily, but they can also contribute to misunderstandings. Given the state of the literature, oxytocin does seem to promote social bonding, but the evolutionary function of social bonds isn’t all hearts and roses. We needed to form bonds to protect ourselves and our offspring, and sometimes the best defense might have been becoming more territorial or preferring our in-group (e.g., our family, our tribe, our race) to preserve and maintain resources. Human behavior is incredibly complex and nuanced, so we shouldn’t expect its biological basis to be any less so. While oxytocin may be harder to box in than the chocolates you give your sweetie this Valentine’s Day, it’s still one of many molecules and biological processes that we could – in the right circumstances – call a pre-requisite to love.