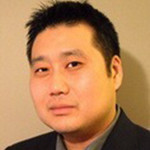 Our lives are greatly dependent on other people around us. As the holiday seasons approach, many of us are reminded that there are so many people whom we care about and who care about us. For some people, this time of the year may remind them of the loved ones who might no longer be around them. We are highly social animals, and we cannot escape this fact. Sociality creates, defines, and drives who we are.

Many scientists agree that the complexity of social environments was one of the key factors that actively steered primate brain evolution. This is of course supported by a seminal hypothesis known as the social brain hypothesis by Robin Dunbar. This hypothesis was primarily generated by the observations that there is a strong positive correlation between the brain size and the social group size across different primates (monkeys, apes, and humans). In a nutshell, larger the social group size became, the bigger the brain size became. It’s definitely not a stretch to state that social processing is one of the very most important functions carried out by our brains (especially in the parts of our brain called neocortex). 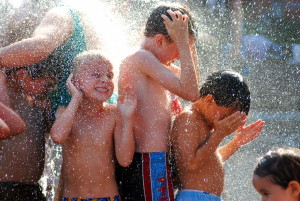 Animals that live in social groups are indeed very sensitive to information about other individuals in their societies. Processing social information can take many forms. Just to give some everyday examples, we constantly pay attention to what other people think of us, and vice versa. We are also very aware of things happening to others. We often feel happy, sad, angry, or jealous when we learn about others. Basically, it’s up to our brain to parse out the information about self and others in order to influence our future actions. Not surprisingly, this process is powerfully shaped by emotional feelings generated by different social information.

Neuroscientists are now hoping to unlock the mystery behind the “social brain”. This is a daunting task especially since social processing, by nature, is a product of numerous associations among sensory/motor, cognitive, and emotional processes. One of the big questions that many neuroscientists are asking is whether there are dedicated brain circuits for social processing. The alternative is that the neural circuits already being used for non-social processing also handle social functions. The answer still remains elusive, but the experiments asking questions about the social brain are becoming more sophisticated and more rigorous (which is exciting). We recently discussed how preexisting brain areas for carrying out non-social functions might have been repurposed and extended to serve social functions in primates. It remains to be seen whether some parts of the brain are newly expanded to accommodate exclusively social functions.

Let’s return to how the brain might process the information about others. In a recent study, we tested how the neurons in the brain that carry the information about one’s rewards (e.g., getting money, delicious food, etc.) respond when another individual is rewarded. In a task where monkeys got to choose whether they shared a reward with another monkey, we found that different parts of the prefrontal cortex (an area of the brain that is highly developed in humans and other primates) signal juice rewards received by an actor monkey and a recipient monkey in distinctive manners. Some neurons only care about one’s own reward outcome, but there are also other types of neurons that track the reward outcome of another individual either exclusively or in conjunction with one’s reward outcome. In another recent study, Matt Roesch and colleagues found that when a rat observes the rewarding event of another rat, dopamine is released in a brain region important for reinforcement learning. One important conclusion to be made from these and other recent studies (e.g., a, b, c) is that the brain structures that typically process one’s own information also signal the information of other individuals either by the same neurons or distinct “other” types of neurons.

The field investigating the mystery behind the social brain is rapidly growing. It would be fascinating to know more about how internal states, such as those regulated by emotion, control the way by which social information is computed. The success of our adventures into the social brain will critically depend on collective efforts by scientists who study human participants and non-human animals so that we can discover the complexities behind human social cognition as well as concurrently discover fundamental neuronal mechanisms in animal models. New exciting knowledge awaits us.