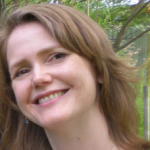 By the time of kindergarten entry there is an achievement gap between children from low income families and those from higher income families. This gap continues to grow as children progress through school – low income children are less likely to complete high school, attend college, or find well-paying jobs. An important component of school-readiness is how well children are able to successfully navigate social and emotional situations. Social-emotional skills, for example, help children (and adults) get along with others and focus on tasks. The question is: How can we narrow the achievement gap between low- and higher-income children?

One factor that influences educational disparities is differences in family income level and children’s early learning opportunities at home. Indeed, by four years of age, children in low-income families have heard about 30 million fewer words than wealthier children. Such gaps are troubling given the strong links between early home environments and children’s development of social, emotional, literacy, and numeracy skills, which are critical for later academic success.

The story is not just about how economic resources shape cognitive learning – children’s early acquisition of social and emotional skills also creates meaningful differences in long-term success. Children who enter kindergarten with poor social-emotional skills have more difficulty forming and maintaining friendships, more behavior problems, and lower levels of academic achievement. Emotion regulation and self-regulation skills contribute to a variety of other skills that help children succeed in school including following directions, maintaining focus on a task, engaging in classroom activities, and working independently – skills that affect self-confidence, peer relationships, and coping with stress, which in turn affect academic success. But there is hope. Social-emotional skills can be developed via strategic interventions, and children who start out at a disadvantage may be able to overcome learning gaps.

One promising parenting intervention is Ready4K. Ready4K leverages the power of text messaging – texting is nearly ubiquitous (especially among traditionally

underserved families) and extremely inexpensive and easy to scale – to support parents and enhance the home learning environment. Each week, Ready4k sends text messages with information and activities related to school-readiness skills to parents of preschoolers. So as not to overwhelm parents, and in an effort to help them build new parenting “muscles,” the information is provided in bite-sized pieces and recommended activities take only a few minutes a day and build on existing family routines. Ready4K has already used text-messages to improve preschoolers’ early literacy skills. This year, for the first time, the program will include text messages to support preschoolers’ social-emotional skills. For instance, it encourages parents to increase their children’s self-confidence by letting their children make choices. As another example, the new messages promote perseverance in children by praising their efforts on a difficult task. The hope is that stronger social-emotional skills will provide a solid foundation for children’s future success in school. By harnessing the power of text messaging (which most people have already) to deliver useful information to parents, we hope to help parents to raise the next generation of socio-emotionally competent children and narrow the achievement gap. 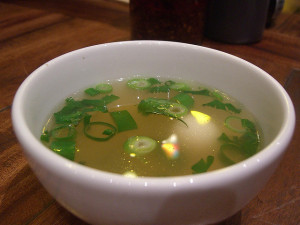