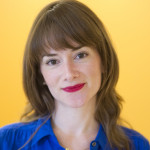 Empathy is an early-emerging capacity that is fundamental to social bonding. In interpersonal contexts, people recognize others’ pain, experience congruent emotions, and often act to alleviate others’ distress. However, empathy is not a universal response. Consider for a moment: do you empathize with all people, all the time?

Though it is not often conceptualized as an intergroup emotion, empathy is reliably moderated by group membership and identification. People who are highly identified with their own groups often feel less empathy for people who belong to different groups. We call this difference the intergroup empathy bias. Indeed, dozens of studies have reported that people show decreased and sometimes absent physiological responses associated with empathy when witnessing out-group relative to in-group members in physical or emotional pain (see our recent paper for a review). 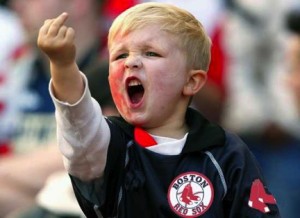 One key insight is that the absence of empathy is not antipathy: it is apathy. Failures of empathy may allow people to feel indifference towards out-group suffering, but should not promote active harm. A recent meta-analysis confirmed this, finding a very weak relationship between empathy and aggression. Therefore, more than the absence of empathy, our research examines the conditions under which people exhibit the exact opposite of empathy in intergroup contexts: pleasure in response to others’ misfortunes (Schadenfreude) or displeasure in response to others’ triumphs (Glückschmerz). We are interested in these emotions because they reliably predict endorsement of, and willingness to harm competitive out-group members.

In a recently published series of experiments with almost 500 participants, we found that creating two groups and putting them in direct competition with each other was sufficient to reduce participants’ empathy for out-groups and induce a sense of joy when members of the out-group suffered misfortune. In our experiments, we told participants that we were interested in assessing problem-solving in teams. Participants were promised $1 for their time, but they stood to double their winnings if their team won the problem-solving challenge. Participants were then randomly assigned to one of two novel groups — the Eagles or the Rattlers.

We then told participants they would have the opportunity to learn about the other players from both groups before completing the problem solving challenge. Participants were presented with 16 scenarios depicting positive (e.g., Bill found a $5 bill on the street) and negative (e.g., Brandon accidentally walked into a glass door) events in the lives of in-group and out-group members. After reading about each event, participants answered two simple questions: “How bad does this make you feel?” and “How good does this make you feel?”

The results indicated that participants experienced greater empathy (i.e., felt worse about negative events and better about positive events) for in-group compared to out-group members. Our participants also experienced greater counter-empathy (i.e., both Schadenfreude and Glückschmerz) for out-group compared to in-group members. When we included unaffiliated targets as a baseline, we found that intergroup empathy bias was driven by out-group antipathy (diminished empathy toward the out-group relative to unaffiliated targets), rather than extraordinary empathy for the in-group (feeling greater empathy for the in-group relative to any other group).

Given the serious negative consequences associated with intergroup empathy bias, we tried to design an intervention to restore empathy towards the out-group. We presented participants with cues that signaled reduced cohesion, or “groupy-ness”, within the two competing groups.

Participants who thought the two teams were interconnected with one another reported greater empathy for the out-group. Merely making people aware that the members of each group are not monolithic in their social connections may be one way to help restore empathy in intergroup conflicts.

Intergroup conflict is a multiply-determined phenomenon, with many causes and consequences. Our on-going research will test the conditions under which emotions like Schadenfreude lead individuals to commit harm, of their own volition, against competitive out-group members. Our hope is that a better understanding of all the mechanisms that promote intergroup aggression will inform best practices for defusing it.