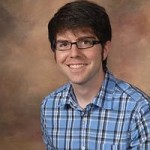 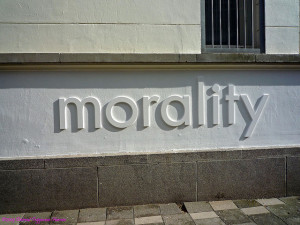 This year, nearly 60,000 undocumented, unaccompanied children have crossed the southern border into the United States, creating a humanitarian crisis and fueling intense political debate. Should these children be granted moral and legal rights? Should we have empathy for their suffering?

When faced with crises this large, people often think of Mother Teresa’s line: “If I look at the mass, I will never act.” Large numbers of victims seem overwhelming and hard to think about, and are often treated as a cold statistic. This response seems to reveal a capacity limit on empathy: empathy is stronger for a single, identifiable victim (such as Baby Jessica, trapped in the well) than for large groups of victims (such as the thousands of border children). We appear to be numb to numbers. This deficit is striking because many people think that they would feel more empathy as the numbers increase, and that they have an obligation to do so. Empathy seems to fail when it is needed the most.

Recently, many authors—including psychologist Paul Bloom, philosopher Jesse Prinz, and columnist David Brooks—have argued that because empathy is biased toward identifiable victims, it should not be trusted when making moral, legal, and policy decisions. As put by Bloom, “empathy is narrow; it connects us to particular individuals, real or imagined, but is insensitive to numerical differences and statistical data.” As put by Prinz, “we contribute more to a neighbor in need than to the thousands ravaged by a distant tsunami or the millions who die from starvation or disease… in making policy, we would be better off ignoring empathy.”

First, it is important to define empathy. When psychologists discuss limits of empathy, they typically mean “emotional empathy”: vicarious sharing of others’ experiences (i.e., “feeling with”—if you’re upset, I get upset). Empathy can lead to many responses, including compassion: an other-focused emotion that motivates pro-social behavior (i.e., “feeling for”—if you’re upset, then I want to relieve your suffering). Critics often focus on limits of empathy, but suggest that compassion is a good thing; however, the bias toward single victims emerges for both empathy and compassion. I have termed this effect “compassion collapse”, but it can occur for both empathy and compassion.

With those definitions in mind, much work reveals that limits in empathy may be motivated, not fixed. My favorite anecdote to explain this idea draws upon the famous commercial by the Society for the Prevention of Cruelty to Animals, starring Sarah McLachlan. The two-minute video (which you can choose to watch here) sets McLachlan’s rendition of “In the Arms of the Angel” to images of abused puppies and kittens. Although I strongly support animal rights, I find it difficult to watch the commercial and sometimes turn it off to avoid being emotionally exhausted by the suffering. It is precisely because I care about their welfare that the emotional cost is so high. Even Sarah McLachlan has said that she changes the channel when her commercial comes on to avoid being overwhelmed by her emotions.

This is an example of motivated emotion regulation: changing the situation to avoid costly empathy. But anecdotes are not data, and many psychology experiments support this idea. Two decades ago, one set of studies showed that people avoid hearing appeals for help that induce high empathy if they anticipate that helping will be costly. More recently, I examined whether motivated emotion regulation could explain compassion collapse. If people predict more emotion as the numbers increase, this may create concerns about financial and emotional costs, leading to empathy avoidance. In one experiment, we had participants read about one or eight child refugees in Darfur. Half of participants expected to donate money and the other half did not. When participants expected to donate, they tended to show more compassion for one victim than eight victims; but when this cost was removed, they felt more compassion for eight victims than one victim. Changing motivation to avoid empathy flipped the compassion collapse.  We also found that compassion collapse only emerged for skilled emotion regulators, suggesting that emotion regulation is necessary for the effect to emerge. Empathy and compassion seem insensitive to large numbers, but this may not be a capacity limit: instead, it may be due to strategic choices to regulate emotions.

In his article, Bloom notes that “experiencing others’ pain leads to exhaustion and burnout.” This emotional cost could motivate empathy regulation, and indeed, doctors appear to regulate empathy to avoid such costs. My lab is currently exploring how exhaustion costs lead us to dehumanize others. As put by Iowa Writers’ Workshop alumna Leslie Jamison in her response to Bloom, “if burnout and exhaustion are the dangers of too much empathy, then abstraction is the danger of too little.”

A motivated perspective on empathy is gaining traction in the field. Narcissists and psychopathic offenders tend to show less empathy for others, but instructing them to empathize reduces these deficits. What people think about empathy also matters: people who believe that empathy can be cultivated—as opposed to being fixed—exert more effort to feel empathy. This work parallels findings on self-control: whereas some claim that self-control is a limited-capacity resource, others reveal that self-control limits only emerge for people who believe that self-control is limited, suggesting that motivation has a role.

In short, let’s not blame empathy for the motivated choices that we make to avoid it. In some situations, empathy may only be as limited as we want it to be.