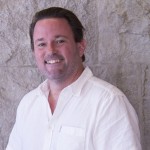 As an example, consider an upcoming deadline at work that you worry you will not be able to meet, potentially resulting in dire consequences for your company and/or your job. Anxiety. Stress. The better you are able to manage that anxiety, the more likely you are to be able to focus and complete the task. If you are alone, both at home and at work, then the regulation of this stress is all on you. If you have good relationships both at work and at home, there are people to support you, encourage you, and help you feel less anxious.

How does this work?

However, according to Social Baseline Theory, based on evolution, neuroscience, and emotion advanced by James Coan and colleagues, the Law of Added Positives is not the way things work. In fact, they seem to work in reverse.

For millions of years, humans have been born into environments that included other people. Life begins with strong physical attachments to a mother that become 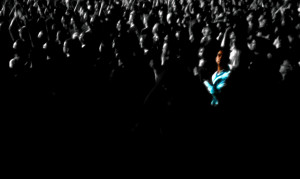 strong emotional attachments to her and a group of (often related) others. Those that bonded and worked together for common solutions thrived; those that fought and worked against each other did not. An isolated individual was and remains an anomaly, someone unlikely to have the resources – resources that are as much psychological (e.g., emotional) and biological (e.g., neurological) as material. (e.g., food) – to survive and reproduce.

That is, our baseline or default circumstance is social.

Human biological systems evolved for – and now expect – a social environment where existential risk is distributed (i.e., safety in numbers) and survival efforts are shared. Fight the bear by yourself and you will expend a lot of energy and are less likely to survive; be one of a group fighting off the attacking bear, each individual using less energy with a greater likelihood that you survive. Less energy and greater chance of survival – that is what evolution is all about.

So how does this translate to modern day humans and the relationships-health connection? First consider some preliminary evidence provided by Proffitt and colleagues.

So, if you’re facing that deadline at work alone, it may make the task seem more difficult and less possible.

Coan and colleagues developed Social Baseline Theory based on this and other evidence but tested it more directly, by looking at threat processing in the brain. They conducted a hand-holding fMRI study with three conditions: no hand holding, holding the hand of a stranger, and holding the hand of their partner. Participants received a mild ankle shock on 20% of trials in which they saw a threat cue on a screen. Threat-related brain activity was greatest in the alone condition, less in the stranger condition, and the least in the partner condition. Like the backpack studies, those with the least amount of threat-related brain activity had the highest quality relationships with their hand-holder. Other studies have shown this effect as well.

Instead of relationships adding some extra positives, as the Law of Added Positives would assume, those with the most load sharing were the most efficient at processing threat, requiring the least energy. As social connection and therefore load sharing, diminished, more energy for neural activation was required to deal with the threat. Maybe the law is one of Added Negatives.

Perhaps the greatest implication of Social Baseline Theory is the way that we conduct psychological, especially emotional, research. In an effort to minimize extraneous variables, much of what we have come to understand about human thoughts and feelings and behavior has come from experimental isolation – a single human alone in a room in front of a computer. The assumption has been that the individual is the fundamental unit of analysis and when we include other people it is to enhance or diminish whatever capacities were witnessed in isolation. Perhaps what we have revealed is human functioning at its least efficient, most taxing, and least natural.