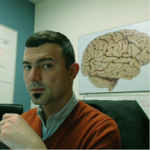 The internalizing disorders—anxiety and depression—are a major human blight. According to the World Health Organization and National Institute of Mental Health, depression is responsible for more years lost to illness and disability than any other medical condition, including such familiar scourges as diabetes and chronic respiratory disorders. Anxiety disorders are the most common family of psychiatric disorder in the United States and rank sixth as a worldwide cause of disability. These disorders, which commonly co-occur, also impose a substantial and largely hidden burden on the global economy: hundreds of billions of dollars in healthcare costs and lost productivity each year. Unfortunately, existing therapeutic approaches are inconsistently effective or, in the case of many pharmaceutical approaches, are associated with significant side effects. Not surprisingly, the internalizing disorders have become an important priority for clinicians, economists, research funding agencies, and policy makers.

The internalizing disorders generally have their roots in the first three decades of life and there is clear evidence that children with a fearful, shy, or anxious temperament are more likely to suffer from anxiety disorders, major depression, or both as they grow older. As a postdoctoral fellow in Ned Kalin’s lab at the University of Wisconsin and, more recently, as the director of my own lab at the University of Maryland, I’ve used a range of tools and techniques to understand the brain systems that contribute to extreme anxiety early in life. Building on a tradition that dates back to pioneering studies at Wisconsin by Harry Harlow, Karl Pribram, and others, much of the work that I conducted as a postdoc used nonhuman primates to model and understand key features of childhood anxiety. Young rhesus monkeys are useful for deciphering the brain circuits that underlie childhood anxiety. Owing to the relatively recent evolutionary divergence of humans and Old World monkeys (~25 million years ago), the brains of monkeys and humans are biologically similar. Similar brains endow monkeys and children with a common repertoire of social and emotional behaviors, which makes it possible to measure anxiety in monkeys using procedures similar to those used with kids. Another virtue of working with monkeys is the opportunity to collect high-resolution measures of brain activity (using positron emission tomography or PET) while the animals freely respond—hiding in the corner, barking, and so on—to naturalistic threats, such as an unfamiliar human ‘intruder’s’ profile. This would be difficult or impossible to do in children and, somewhat surprisingly, has rarely been attempted in adults (most human imaging studies use fMRI, which requires that the subject remain dead still throughout the scan).

Large-scale brain imaging studies, each including hundreds of young monkeys—in humans terms, roughly equivalent to children and teens—show that anxious individuals respond to signs of potential threat with heightened activity in a number of brain regions. For present purposes, I’ll focus on the contribution of the amygdala, a small, almond-shaped region buried beneath the temporal lobe of the brain (the red regions in the accompanying animation).

Collectively, these studies teach us that amygdala activity systematically differs across individuals. Some individuals show chronically elevated activity; others consistently show much lower levels. Notably, elevated activity is associated with exaggerated reactions to potential danger: Monkeys with higher levels of metabolic activity in the amygdala tend to show higher levels of the stress hormone cortisol and to freeze longer (in an attempt to evade detection) in encounters with the human intruder. Like many other qualities that distinguish one individual from another, work by our group demonstrates that amygdala activity is:

1. Consistent over time and context: We can think of amygdala activity as a trait, like personality or IQ.

2. Heritable: Amygdala activity partially reflects the influence of genes. Parents marked by higher levels of amygdala activity are more likely to have offspring with this trait.

Of course, like any brain imaging study, it’s important to remember that these results do not let us to claim that the amygdala causes anxiety. From this perspective, it is reassuring that mechanistic work in monkeys and rodents demonstrates that it does: selective lesions and other biological manipulations of the amygdala sharply reduce (but do not entirely abolish) anxiety (see for example this very recent rodent study). This is consistent with observations of a handful of human patients with near-complete amygdala damage. For example, one relatively well-known patient (identified as ’SM,’ to protect her identity), has normal intellect, but reports a profound lack of fear and anxiety in response to scary movies, haunted houses, tarantulas, and snakes.

According to Justin Feinstein, Ralph Adolphs, and other researchers who have studied SM over the past two decades,

“She has been held up at knife point and at gun point, she was once physically accosted by a woman twice her size, she was nearly killed in an act of domestic violence, and on more than one occasion she has been explicitly threatened with death…What stands out most is that, in many of these situations, SM’s life was in danger, yet her behavior lacked any sense of desperation or urgency. Police reports…corroborate SM’s recollection of these events and paint a picture of an individual who lives in a poverty-stricken area replete with crime, drugs, and danger…Moreover, it is evident that SM has great difficulty detecting looming threats in her environment and learning to avoid dangerous situations.”

This and other evidence—spanning a range of species, populations, and measurement tools—indicates that anxious individuals’ exaggerated distress in the face of potential danger reflects hyper-reactivity in a brain circuit that includes the amygdala. Systematic differences in amygdala activity and connectivity first emerge early in life and can foretell the future development of anxious and depressive symptoms in humans. These and other observations suggest that enduring differences in amygdala function contribute to key features of childhood temperament, like shyness, and confer increased risk for the development of internalizing disorders, particularly among individuals exposed to stress or trauma. More importantly, this work lays a solid, brain-based foundation for developing better strategies for treating or even preventing these debilitating illnesses.

To learn more about the emotional disorders, please visit the Anxiety & Depression Association of America (ADAA) website, which features a number of useful videos, fact sheets, and other resources for patients, clinicians, and researchers.

Photo credit: The amygdala animation was generated by Life Science Databases, obtained from Wikimedia Commons, and is freely used under a Creative Commons license.

Emotion News took a bit of a summer vacation this year as our contributors submitted grants, wrote papers, collected new data, and availed themselves of some much needed R&R. Fortunately, while we were offline, emotions were still very much in the news. With the release of the Pixar movie Inside Out,  kids and parents everywhere were learning just how important understanding our emotions is to day to day life. Scientists also weighed in, both applauding and criticizing the movie for what they thought it got right and what it didn’t get right about emotions. We’re currently cultivating a series of future blog posts outlining how scientists differ in what they think emotions are, and why this matters. Stay tuned!

In the near term, we’re excited to bring you a whole new year’s worth of posts on the science of emotion. We look forward to hearing again from Daryl Cameron, Piercarlo Valdesolo, Lisa Williams, and Sherri Widen, as well as a new group of contributors who study the impact of emotions on decision making, in business, in health, and beyond. For instance, up next we will hear from Alex Shackman, who will share his research on the neurobiology of anxiety.

Readers, if you’d like to see a particular topic covered this year, please leave us a note in the comment section below.  Scientists, if you’d like to join us as a contributor, please email us and pitch a piece.  You can reach us at kristen.lindquist [at] unc [dot] edu and eblissmoreau [at] ucdavis [dot] edu.