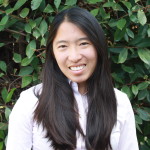 Have you noticed that certain people tend to get sick, while others do not? Think back to when you were a kid and schools gave out “perfect attendance” awards. Kids who were sick a lot could only dream of this award, while others received this award every single year. Questions about variation in health extend beyond just asking “who gets sick” to also ask “who gets sicker?”. Two people can be exposed to the same bug and one ramps up a significant immune response, knocking him out of work for a week with illness while the other just goes about her normal business as if nothing happened. There are countless examples of how our immune systems react in different ways.

There are lots of potential reasons that people’s immune function differs, but one possibility is that temperament or personality is associated with health. For example, personality traits related to negative affect (i.e. anxiety, hostility) have been consistently related to increased risk for illness. Another example is behavioral inhibition, which is a temperament style commonly studied in children that is similar to shyness. Behaviorally inhibited children tend to avoid social situations and react negatively to new situations. Kids who are behaviorally inhibited as infants and toddlers have a greater risk for developing anxiety later in life than those who are not behaviorally inhibited. In addition to anxiety, behavioral inhibition has also been associated with the development of asthma, a disease characterized by inappropriate responses in the immune system. Unfortunately, the exact way that asthma and behavioral inhibition are related is not yet known.

In a series of studies that I conducted as part of my doctoral work, we used a monkey model to try and understand the link 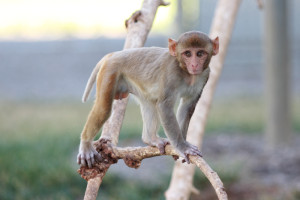 The take home message from our study, in concert with accumulating evidence from other research groups, is that variation in emotional life is related to health. Understanding the causal relationships between emotion and health (e.g., does emotional temperament like behavioral inhibition lead to reactive airways or do animals with reactive airways become behaviorally inhibited?) is the next critical step in this research program and will hopefully lead to interventions to promote well-being.